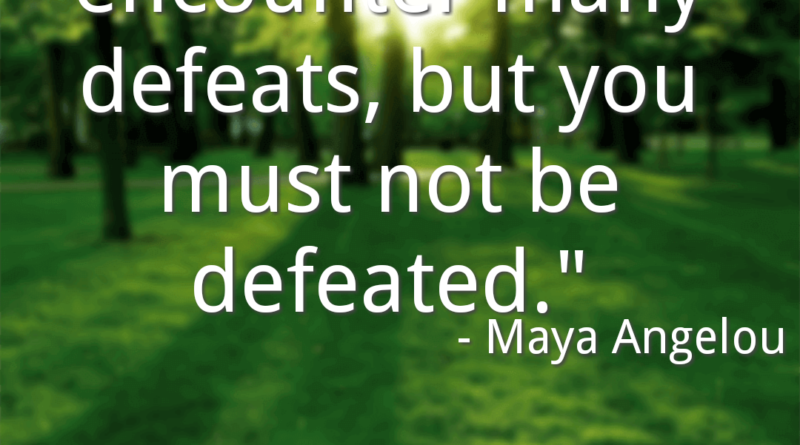 No matter how high-spirited we are, we all have that moment in our lives where we feel depressed and when something as simple as ‘never-give-up quotes’ can help us bounce back to our happy selves.

We sometimes feel pressure from work, family, school, or even our relationships. During these hard times, please don’t give up, be strong it won’t last forever.

Always remember the reason most people don’t achieve their heart desires is simply because they gave up too soon.

So keep persevering and keep pushing, your efforts will definitely payoff some day.

These never give up quotes are full of encouraging words and will help you stay focused and keep you strong during adversities.

Never Give Up Quotes To Help You Stay Strong

“Never give up on something that you can’t go a day without thinking about.” – Winston Churchill

“You just can’t beat the person who won’t give up.”– Babe Ruth

“You just can’t beat the person who won’t give up.” – Robert H. Schuller

You are stronger than you think. – Unknown

I can and I will. Watch me. – Carrie Green

“The best way out is always through.” – Robert Frost

“Anyone can hide. Facing up to things, working through them, that’s what makes you strong.” – Sarah Dessen

“Our greatest weakness lies in giving up. The most certain way to succeed is always to try just one more time.” – Thomas Edison

“Sometimes you don’t realize your own strength until you come face to face with your greatest weakness.” – Susan Gale

It does not matter how slowly you go as long as you do not stop. – Confucius

“Never give up, for that is just the place and time that the tide will turn.” – Harriet Beecher Stowe

Focus on your goal. Don’t look in any direction but ahead. – Unknown

You have to be at your strongest when you’re feeling at your weakest. – Unknown

“When you get into a tight place and everything goes against you, till it seems as though you could not hang on a minute longer, never give up then, for that is just the place and time that the tide will turn.” – Harriet Beecher Stowe

“Anyone can give up, it’s the easiest thing in the world to do. But to hold it together when everyone else would understand if you fell apart, that’s true strength.” – Unknown

Never Give Up Quote After a Set Back

You may encounter many defeats, but you must not be defeated. – Maya Angelou

Once you learn to quit, it becomes a habit. ― Vince Lombardi Jr.

Train your mind to see the positive in any situation and keep going. – Unknown

“There is no failure except in no longer trying.” – Elbert Hubbard

When you feel like quitting, think about why you started. – Unknown

“Failure is only the opportunity to begin again, this time more intelligently.” – Henry Ford

“You may have to fight a battle more than once to win it.” – Margaret Thatcher

“Do not fear failure but rather fear not trying.” – Roy T. Bennett

“You do what you can for as long as you can, and when you finally can’t, you do the next best thing. You back up but you don’t give up.” – Chuck Yeager

“It is a common experience that a problem difficult at night is resolved in the morning after the committee of sleep has worked on it.” –
John Steinbeck

“Most of the important things in the world have been accomplished by people who have kept on trying when there seemed to be no hope at all.”– Dale Carnegie

“If you are not willing to risk the usual, you will have to settle for the ordinary.” – Jim Rohn

“Sometimes adversity is what you need to face in order to become successful.” – Zig Ziglar

“Character consists of what you do on the third and fourth tries.” – James A. Michener

“Don’t be discouraged. It’s often the last key in the bunch that opens the lock.”– Unknown

“Life is like riding a bicycle. To keep your balance, you must keep moving.” – Albert Einstein

“Never give up on what you really want to do. The person with big dreams is more powerful than one with all the facts.”– Author Unknown

“When you give up on life, never give up on yourself, because there is so much for you to keep on giving!” – Oprah Winfrey

“You should never give up your inner self.” – Clint Eastwood

“Never give up on the fight until you win the belt.” – Israelmore Ayivor

“It’s not that I’m so smart, it’s just that I stay with problems longer.” – Albert Einstein

“Don’t let the fear of the time it will take to accomplish something stand in the way of your doing it. The time will pass anyway; we might just as well put that passing time to the best possible use.” – Earl Nightingale

Quotes to Encourage You to Persevere And Be Strong

“To be a champ, you have to believe in yourself when nobody else will.”– Sugar Ray Robinson

“Success is not final, failure is not fatal: it is the courage to continue that counts.” – Winston Churchill

“Success seems to be largely a matter of hanging on after others have let go.”– William Feather

“Sometimes our light goes out, but is blown again into instant flame by an encounter with another human being.”
Albert Schweitzer

“Strength does not come from physical capacity. It comes from an indomitable will.” – Mahatma Gandhi

“No one has the power to shatter your dreams unless you give it to them.”– Maeve Greyson

“When everything seems to be going against you, remember that the airplane takes off against the wind, not with it.” – Henry Ford

“I am not discouraged because every wrong attempt discarded is a step forward.”– Thomas Edison

“Nothing could be worse than the fear that one had given up too soon, and left one unexpended effort that might have saved the world.”– Jane Addams

“Things don’t go wrong and break your heart so you can become bitter and give up. They happen to break you down and build you up so you can be all that you were intended to be.” – Charlie Jones

“Nothing in the world can take the place of perseverance. Talent will not; nothing is more common than unsuccessful people with talent. Genius will not; unrewarded genius is almost legendary. Education will not; the world is full of educated derelicts. Perseverance and determination alone are omnipotent.” – Calvin Coolidge

I hope these ‘Never Give Up Quotes’ help you regain your confidence, so you can pursue your dream and live your life to the fullest. 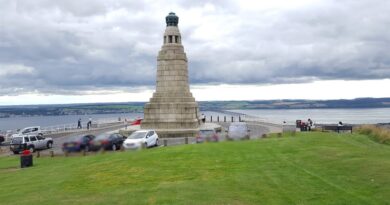 Dundee Law…A Cocktail of History and Beauty, worth a trip. 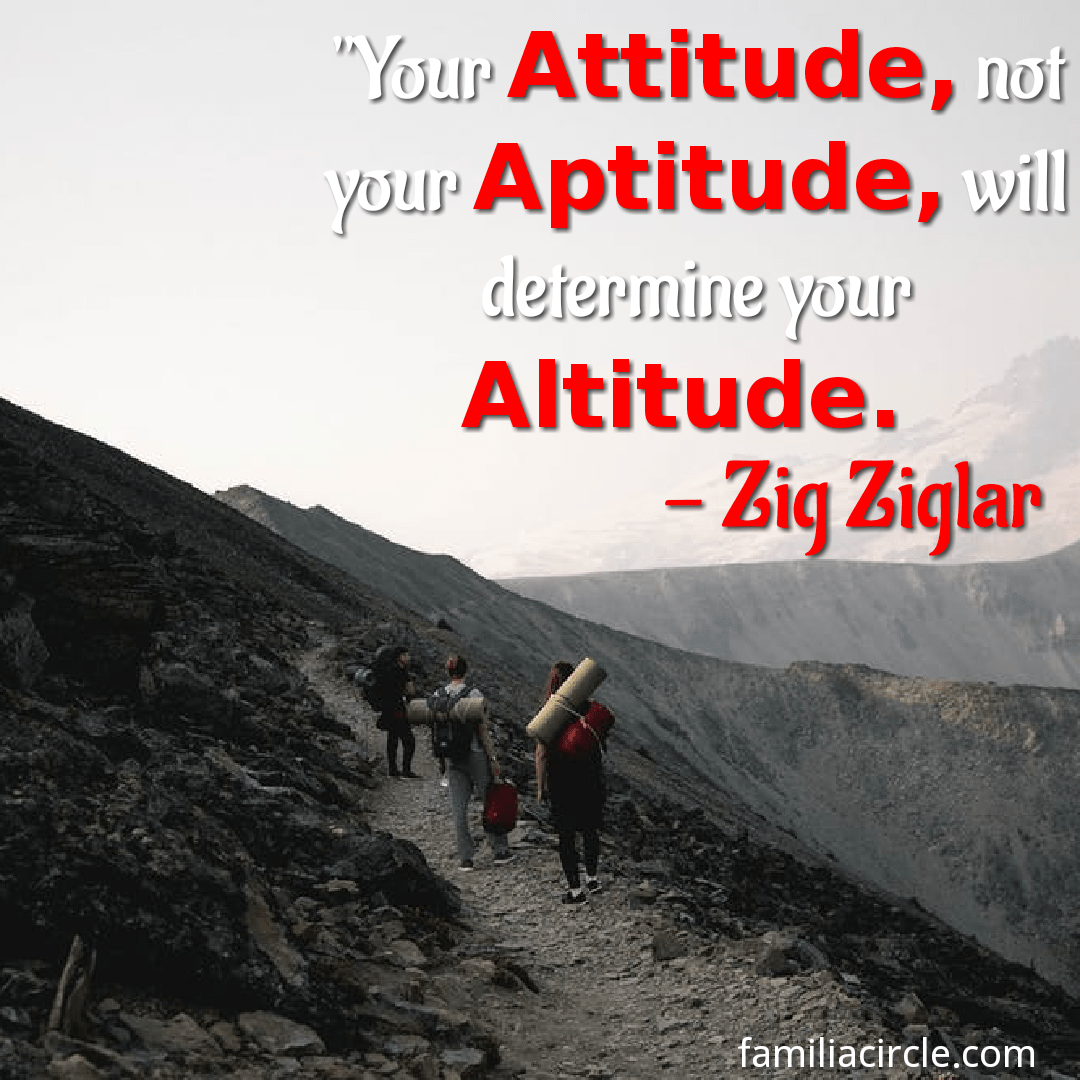 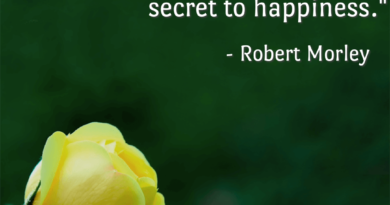